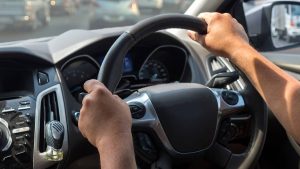 As is the case with many laws involving the operation of a motor vehicle, the legalization of marijuana also varies by state. In some states, residents can have less than one ounce of marijuana on them if they hold a medical card that indicates that they can use medical marijuana. But, driving while influenced by any drug is illegal, whether you are taking marijuana as medication and regardless of whether it is legal to use marijuana.

Marijuana contains delta-9-tetrahydrocannabinol (THC). The effects of THC are known to impair your ability to operate a vehicle and make driving-related decisions. Effects from THC can include memory impairment, drowsiness, mood changes, increased appetite (the munchies), an inability to make sense of time, etc. For these reasons, you should not operate a motor vehicle while you are using marijuana – doing so can put your life, and the lives of others – at risk.

Penalties for driving under the influence of marijuana

If you are pulled over because you are suspected of driving under the influence of marijuana, you will likely be tested by authorities. Evidence that authorities will seek to indicate if you are under the influence of marijuana include smell and observation of your behavior, and they may look for traces of drugs in your vehicle. Dilated pupils, rapid breathing, and red eyes are also indicators of marijuana use. Depending on the circumstances of why you were pulled over, you may have to take a saliva, blood, or urine test, to detect the presence of THC.

Penalties can vary depending on each case and your unique situation. First-time offenders may face up to six months in jail, a fine of $390 or more, suspension of your driver’s license for six months, and probation of up to five years. You may also need to participate in a drug education class for three months, which you will have to pay for.

If you have been charged with a marijuana DUI or believe you will be, you should seek legal representation. Contact a lawyer who can help you through the process and can defend your rights in court.

This article was sent to us by Delta Driving School. They are a Driving School in La Crescenta CA and neighboring cities. Make sure to contact them if you are looking for a driving school in that area.